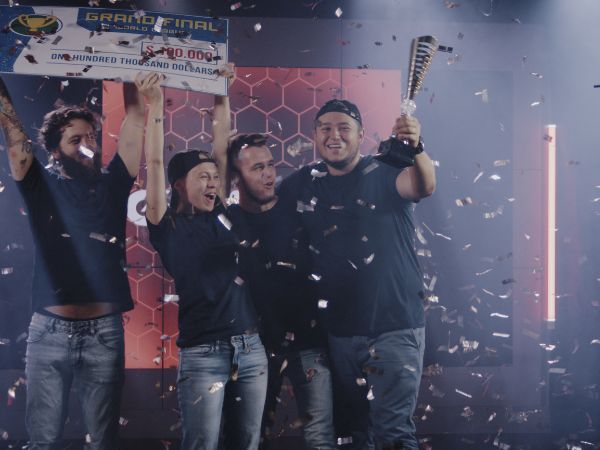 Going into the final Grand Slam of the year, there was uncertainty for some people whether a US Open shorn of several of the sport’s biggest names would attract as much attention as usual.

How wrong they were.

It provided a treat of stunning tennis, seismic shocks, entertaining storylines and the birth of several new stars.

Long-held concerns about how the sport would cope without its main attractions – with Roger Federer just turned 40 and Serena Williams less than a fortnight from reaching the same landmark – were answered as the US Open offered reassurance it will continue to thrive.

“It has been an amazing tournament,” said former Wimbledon champion Pat Cash, who worked as an analyst for BBC Radio 5 Live.

Here, BBC Sport has a look at the main takeaways from a super Slam which captured the imagination.

Raducanu anointed the queen of Queen’s

There is only one place to start, isn’t there? Emma Raducanu. A name which many outside of British tennis had not heard of three months ago.

Then, the British teenager was ranked just outside the world’s top 350 and had only played one top-level professional event.

But it is and it wasn’t surprising given the way the 18-year-old played in the New York borough of Queen’s.

With confidence and class, she did not drop a single set in her 10 matches at Flushing Meadows, the first three of which were in qualifying for the main draw.

“I’ve always dreamed of winning a Grand Slam. You just say these things. But to have the belief I did, and actually winning, I can’t believe it,” Raducanu said after beating Canada’s Leylah Fernandez, who only turned 19 earlier this week, in Saturday’s final.

The next generation becomes the now generation
With Williams, Federer and Rafael Nadal all missing the New York event through injury, it was the first major without the three of them in a singles draw since 1997.

Added to that, Dominic Thiem – the reigning men’s champion – also had to pull out because of fitness problems.

That opened the door for new stars to emerge.

As well as Raducanu and Fernandez in the women’s singles, Spain’s Carlos Alcaraz was another teenager to announce his arrival on the biggest stage of all.

‘Chess master’ Medvedev finally solves the Slam puzzle
Novak Djokovic was initially the centre of attention as he bid to win a historic 21st Grand Slam men’s title at a tournament lacking a slew of his fellow stars.

The 34-year-old was attempting to complete a rare calendar sweep of the Grand Slams and pull clear of Federer and Nadal in terms of major victories.

Instead it was Daniil Medvedev, not world number one Djokovic, who was left celebrating victory in the men’s singles.

Russia’s Medvedev, 25, had lost two previous Grand Slam finals but the man known as the ‘Chess Master’ beat the Serb to finally solve the problem of how to beat one of the men’s ‘Big Three’ in a major final.

“I think it is the first of many for Medvedev,” predicted former British number one Laura Robson.

Murray rolls back the years against Tsitsipas – and creates ‘Toiletgate’
Andy Murray rarely fails to disappoint – even if he doesn’t get the result his legions of fans wanted.

The former world number one’s remarkable renaissance – after a serious hip injury which left him certain that retirement beckoned – continued as he pushed Greek third seed Tsitsipas all the way in their first-round match in New York.

The British three-time Grand Slam champion played in a manner reminiscent of his best as he led by two sets to one before Tsitsipas fought back to win a five-set thriller.